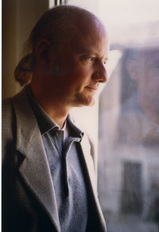 Carlo Alessandro Landini
Carlo Alessandro Landini (1954) graduated in Composition and Piano, with full marks, at Milan Conservatory, then at CNSM (Conservatoire National Supérieur de Musique) in Paris. Mr. Landini attended Master Classes in Siena (Accademia Chigiana) with Franco Donatoni, in Aix-en-Provence with György Ligeti and Iannis Xenakis, in Grožnjan with Witold Lutosławski. In 1981 he was granted the prestigious «Fulbright Award» from the US Department of Education. In 1983 he graduated at UCSD, San Diego. A winner of numerous national and international competitions including the «Valentino Bucchi» Competition in Rome (1986) and the «Ernest Bloch» Competition in Lugano (1994), Mr. Landini is the only composer ever to win two consecutive editions of the «K. Serocki» Competition (Warsaw, 2002 and 2004). He is a regular guest of the «Ferienkurse für Neue Musik» in Darmstadt and publishes for the Milan-based houses Sonzogno and Rugginenti, the Rome-based Edi-Pan, and the French Alphonse Leduc (Paris). In Spring of 2003 Mr. Landini was appointed Fellow of the «Italian Academy» in New York and Research Scientist at the Music Department of «Columbia University» in New York. He has taught seminars at the University of California, at the Department of Graduate Studies of Columbia, at the «Eastman School of Music» in Rochester, at the «State University of New York» in Buffalo, at the MHS Trossingen (Germany). In 2008 Mr. Landini won the First Prize in the International «W. Lutosławski» Competition in Warsaw with his work «Le retour d’Astrée» for violin and piano. Mr. Landini currently teaches Composition, as Full Professor, at the «G. Nicolini» State Conservatory in Piacenza (Italy).