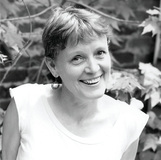 Eve Duncan
Eve Duncan completed her Master of Music at the University of Melbourne with Brenton Broadstock, and her Honours in Music Composition at Latrobe University in Melbourne, Australia.  Her music has been performed in festivals and concerts in Asia, Australia, Europe and the U.S., including the 2009, 2005, 2004, 2002, 1997 & 1995 Asian Composers League Festivals and the 1999 ISCM Festival, Romania. Composition awards include the International Music Prize for Excellence in Composition (Greece), Recital Music Double Bass Composition Competition (England), and the International Modern Music Award for Composition (Vienna). Eve is Past President of the Melbourne Composers League, and is a former committee member of the Asian Composers League. Her music includes chamber, orchestral and site-specific work. Buddha on Mars was premiered by the National Symphony of Thailand in 2005. She has composed for Australian indigenous performer Tom E. Lewis. A solo concert of her music was presented in the National Gallery of Victoria in 2007 for the Joseph Beuys and Rudolf Steiner Blackboard Drawings exhibition. Recent commissions include Dredge, a percussion work with photographer Siri Hayes exploring environmental issues arising from bay dredging, and a piano quintet exploring modernist architecture in Melbourne.