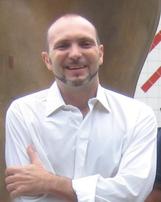 Gerardo Gerulewicz
Gerardo Gerulewicz was born in Caracas, Venezuela in 1966. He started his musical training in Caracas with violin, piano and composition. His first teachers in composition were Antonio Mastrogiovanni and Leopoldo Igarza. In 1992 entered the Moscow State Conservatory P.I. Tchaikovsky in Russia, where he graduated with honours in 1998 as a Composer under Professor Leonid Bobylev. Also holds a degree in Marine Engineering. His works have been performed in Venezuela, France, Russia, Germany and Spain. He is currently the Head of the Music Department of the Central University in Caracas and also teaches composition and orchestration at the José Angel Lamas Music School. His compositions include works for orchestra, two piano concertos, a violin concerto, chamber music, several works for piano, vocal cycles and music for children chorus. All his works maintain a link with tonality. As a piano performer and conductor frequently performs contemporary music, including his own works. He has participated in Festivals in Russia, Germany and Venezuela.