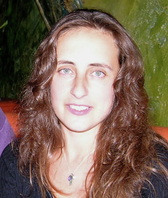 Sylvia Filus
Sylvia Filus, composer, orchestrator and music consultant, born in Poland, obtained the Advanced Level Diploma in Film Music Composition in Ecole Normale de Musique de Paris in 1998. Between 1999 and 2003 she continued her studies at the Conservatoire Supérieur de Musique et de Danse de Paris in the prof. Alain Louvier‘s orchestration class. In 2003, she obtained the Advanced Level Diploma in Orchestration, First Prize. In order to complete her musical education she followed the two year conducting program in prof. Adrian McDonnell classes at the Conservatoire F. Chopin in Paris and composition classes with Milosz Magin and Michel Merlet. Sylvia Filus has composed music for several short movies, small ensembles, chamber orchestra, symphonic orchestra and big-band. In 2008, at the request of the Pomoranian Society Musica Sacra and the chamber orchestra of Gdynia, Sinfonietta Nordica, she wrote the Cycle of 3 melodies for mezzo-soprano, baritone and orchestra, which was performed during the festival The Music of Words in Gdynia (Poland). In 2010 she received a commission from the Polish Strauss Society to commemorate Chopin’s 200 anniversary and wrote Fantasia in salt minor performed by the orchestra Obligato at the Symphonic Chopin concert in the Salt Mine of Wieliczka. During the same year Sylvia Filus was a member of the Jury at the festival Romantic Piano in Reims (France) and was honored with the Trophy of Women‘s Success by the Association France-Euro-Méditerranée. She also became a finalist of the International Music Prize for Excellence in Composition awarded by the National Academy of Music.