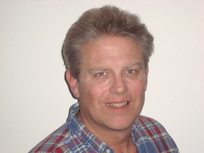 Terry Donley
Terry Lee Donley was born in St. Louis Missouri in 1952. He started playing accordion at the age of 3, piano at 6, and guitar at 10. His first song was composed at age 14. Terry studied film-scoring as well as orchestral composition. As a vocal and composition major, he attended the University of Missouri, Webster College, California State Northridge, and U.C.L.A. Extension. At U.C.L.A., he was awarded “Best Music” at a student film-festival for a film called “Aquaman”. Terry was personally trained by a composer named Don Ray. Don Ray was trained by Max Steiner, who was trained by Gustav Mahler. When asked about Terry, Don's reply was: “He is like a breath of fresh air”.