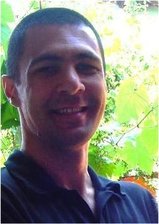 Alp Durmaz
Alp Durmaz was born in 1974 in İstanbul. He took private music lessons such as theory, composition, piano, and form from one of the leading composers of Turkey, Cenan Akın until he entered Bilkent Faculty of Music and Performing Arts composition department in 1994. During his  education at Bilkent University, he studied composition with Bujor Hoinic and Elhan Bakihanov. His studies with Bakihanov opened a new horizon in applying modern music techniques to tradional Turkish music. After graduating from university, he studied twelve tone music with Ahmet Yürür and modern music with Aydın Esen. With the help of these two significant musicians, Durmaz started using more of modern music techniques in his music. Durmaz has composed music for a movie and a theatre play and some of his works were played by various ensembles in public. Durmaz won a mansion prize in a composition competition in 1998. He is currently teaching piano to children at an art center in İstanbul. He is aiming to compose music comprehensible by every level of audience using modern music and traditional Turkish music techniques.