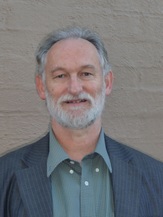 Graeme Wright Denniss
Dr Graeme Wright Denniss has had a long and varied career as composer, performer, music educator and conductor. After 20 years orchestral experience, including 14 years as Principal Third Horn in the Melbourne Symphony Orchestra, Graeme completed his PhD in Composition at the University of Queensland. Graeme’s professional standard compositions have been performed and recorded by the Melbourne Symphony, Melbourne Philharmonic, Queensland Philharmonic and Tasmanian Symphony Orchestras.  In 1987 he won the Dorian le Gallienne award for his song cycle: “Songs of the Priestess of the Moon”, and in 2001 received an Australia Council grant for “Wrestling Kali”, performed by Brisbane group Topology. Recent Music Education Commissions include a major work written for the Anglican Church Grammar School Orchestra’s tour to England, which was performed in Westminster Abbey as part of the Centenary of Federation celebrations in 2000. His works, “Bach Paintings” and “Four Characteristic Pieces” for Horn, and “Cantaloupe Soup” for Bass Clarinet, are included on examination syllabuses for the Australian Music Examinations Board. Over half of his 3 part series of piano duets, “Duetica” are included on the Australian and New Zealand Cultural Arts ANZCA syllabus. Recent premieres include “The Melting Point” for Cor Anglais and Strings, and “Songs of the Ming Dynasty” for Soprano and Strings, both performed at the 4MBS Festival of Classics, Brisbane in 2008 and 2009, with the Corda Spiritus Chamber Orchestra.  At the International Horn Symposium, Brisbane 2010, Graeme presented three decades of his original works for French Horn.